For most people, Eyes Wide Shut is the first movie they think of when asked which Hollywood film best represents the modern Illuminati. Urban legends tell of its director, Stanley Kubrick, revealing too much and getting murdered by the Illuminati. The film’s main plotline closely follows this scenario, as the main character is nearly murdered for having seen too much, adding fuel to the conspiratorial flames.

Elite scions of the Rothschild banking dynasty have been known to party Eyes Wide Shut-style in a 1972 masked party hosted by Baron Guy and Baroness Marie-Hélène de Rothschild at their Château de Ferrières. Of course, when surrealist Salvador Dali, fait la fête, anything goes. 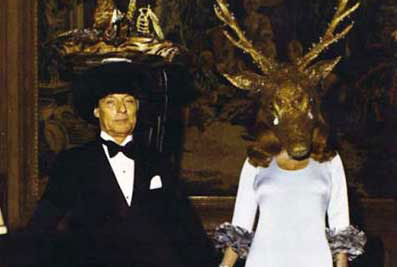 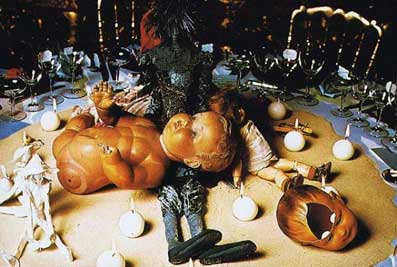 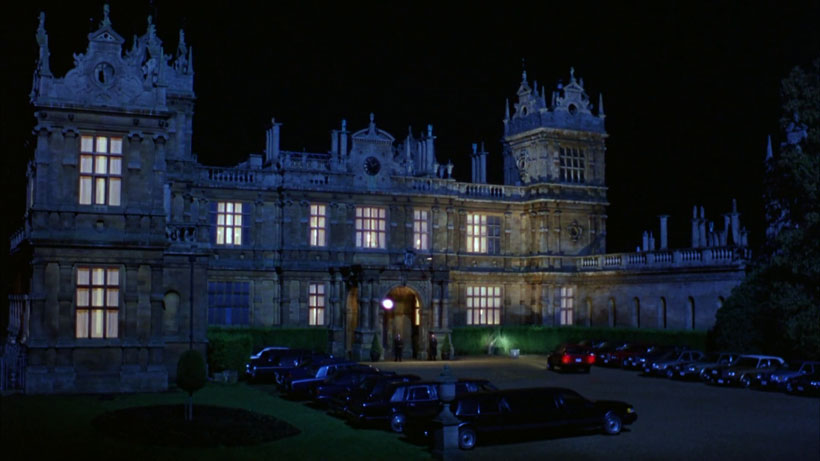 The film is based on Arthur Schnitzler’s Dream Story in which the world Doctor Fridolin (Cruise’s Doctor Bill Harford in Eyes Wide Shut) creates is totally illusionary. 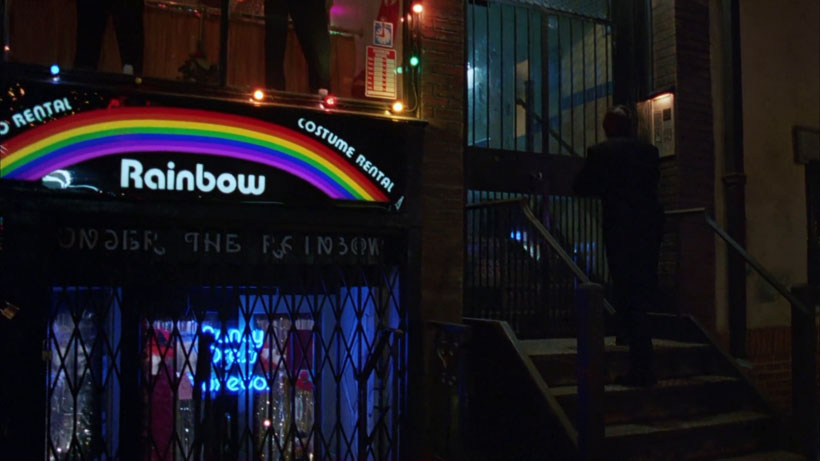 Rainbow / Under the Rainbow

The movie makes constant references to rainbows. “Over the Rainbow” and “Through the looking glass” both mean entering a dream world, one of the dissociative personality created by an Illuminati programmer. 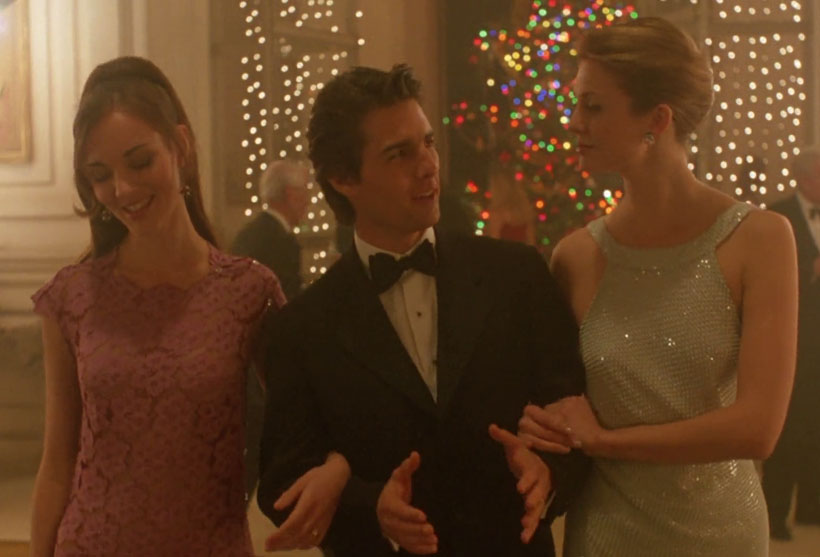 Dr. Bill meets Monarch Presidential model.Monarch “Presidential” models receive Monarch mind control programming at birth and are trained as high-level sex slaves and to carry messages from the Illuminati to world leaders. The trio has the following conversation at Ziegler’s party:

NUALA (laughs)
Where the rainbow ends.

(BILL slows down a little.)

GAYLE
Don’t you want to go where the
rainbow ends?

BILL
Do I want to go where the rainbow
ends? 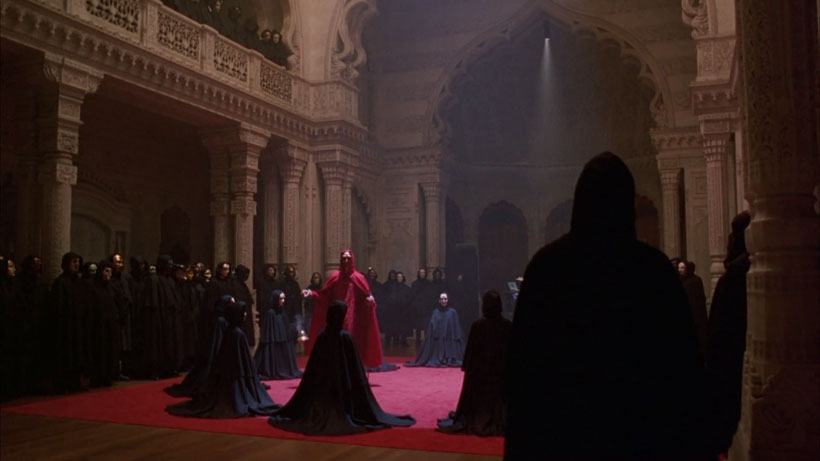 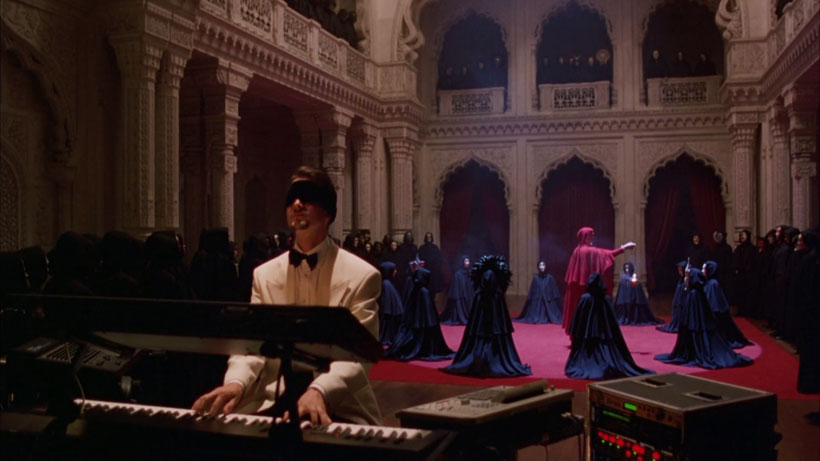 The Romanian words being chanted in reversed roughly translate to: “We still pray for the mercy, the life, the peace, the health, the salvation, the scrutiny, neglection and forgiveness of the sins of God’s servants, worshipers, alms givers, benefactors of this holy site.” 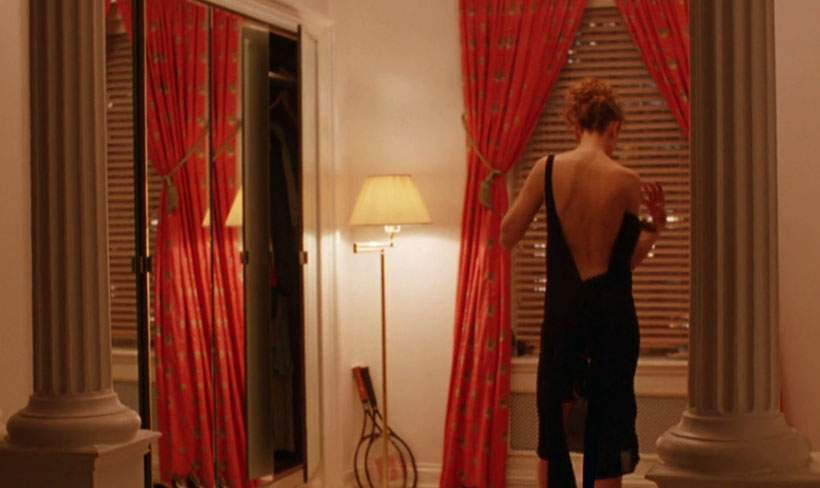 The film opens with a shot of Nicole Kidman disrobing between 4 pillars. The two pillars represent the masonic pillars Boaz and Jachin. 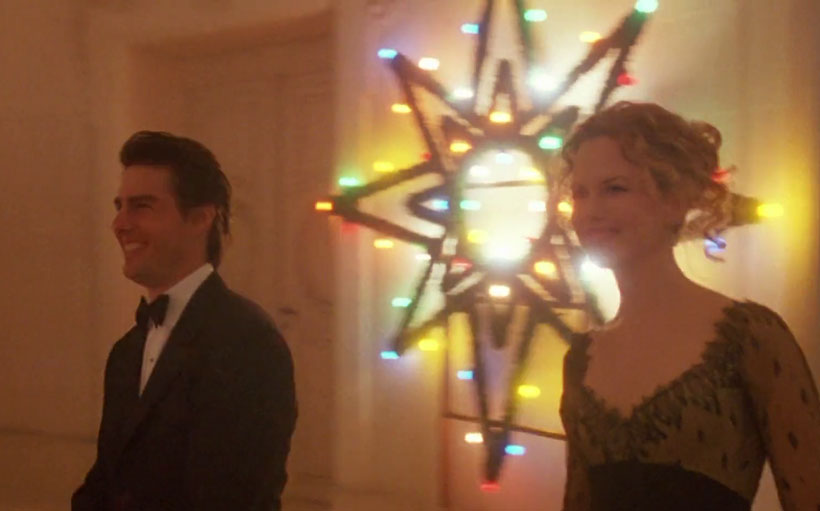 The Star of Venus, or the Star of Ishtar is visible multiple times at the party at Ziegler’s house. A wealthy patient of Dr. Bill representing the lower echelon of the elite.

The recurring mirrors, or reflective surfaces is a reference to the looking glass from Alice in Wonderland. 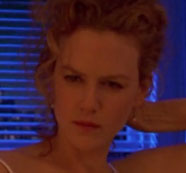 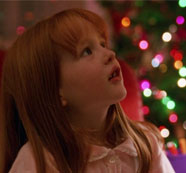 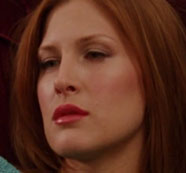 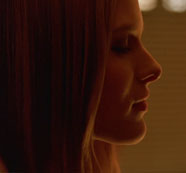 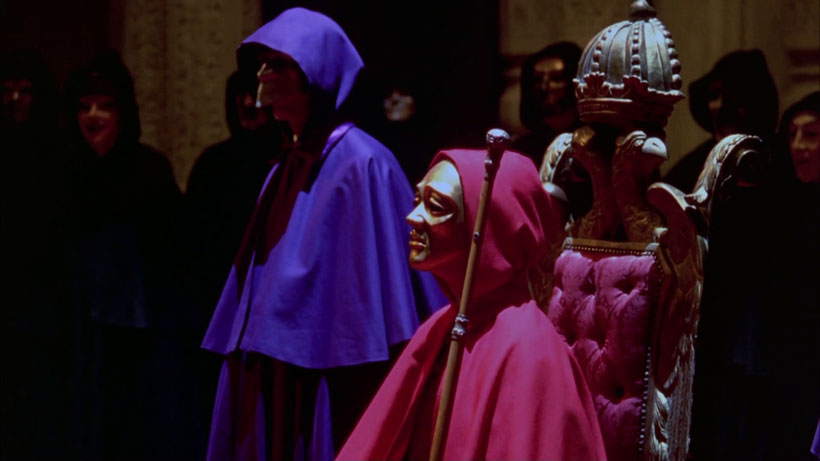 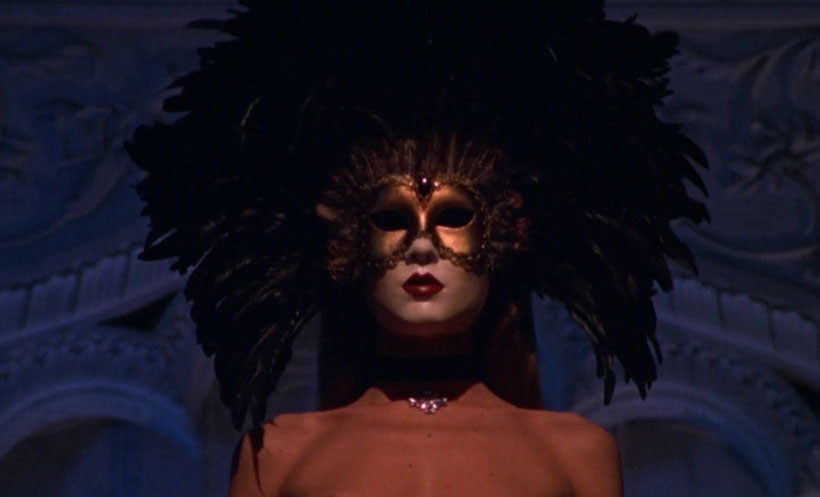 Mandy offers herself as sacrifice in place of Dr. Bill. The next day, the newspapers report her death as a drug overdose. Mind-Controlled slaves are expandable, especially the “Prostitute Model” which Mandy represents in Eyes Wide Shut. They control the media.

In Monarch mind control abuse, parents often act as handlers and programmer to their own children. Here, the Rainbow shop owner is pimping out is more-than-willing daughter. 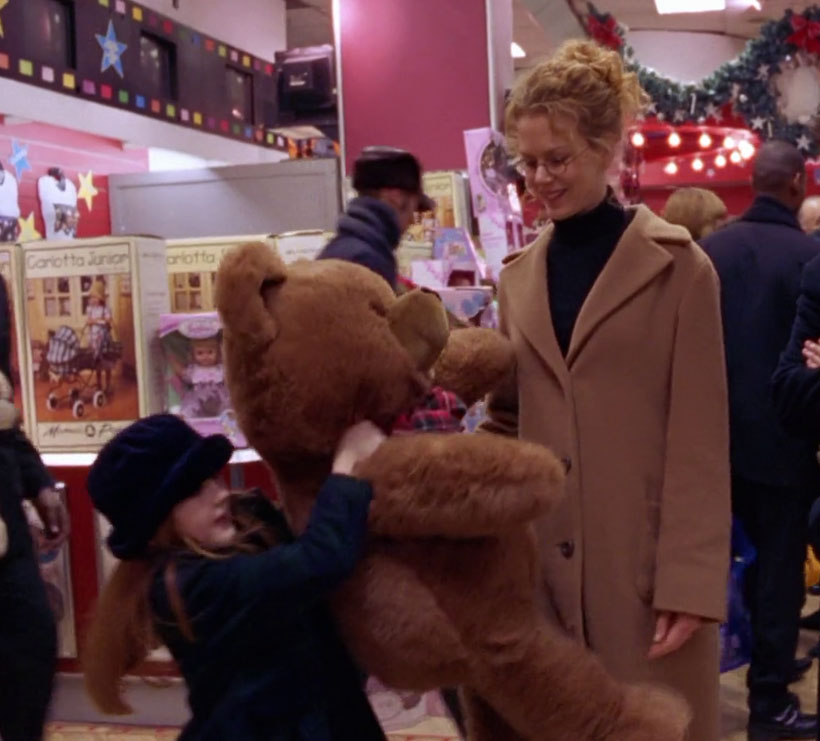