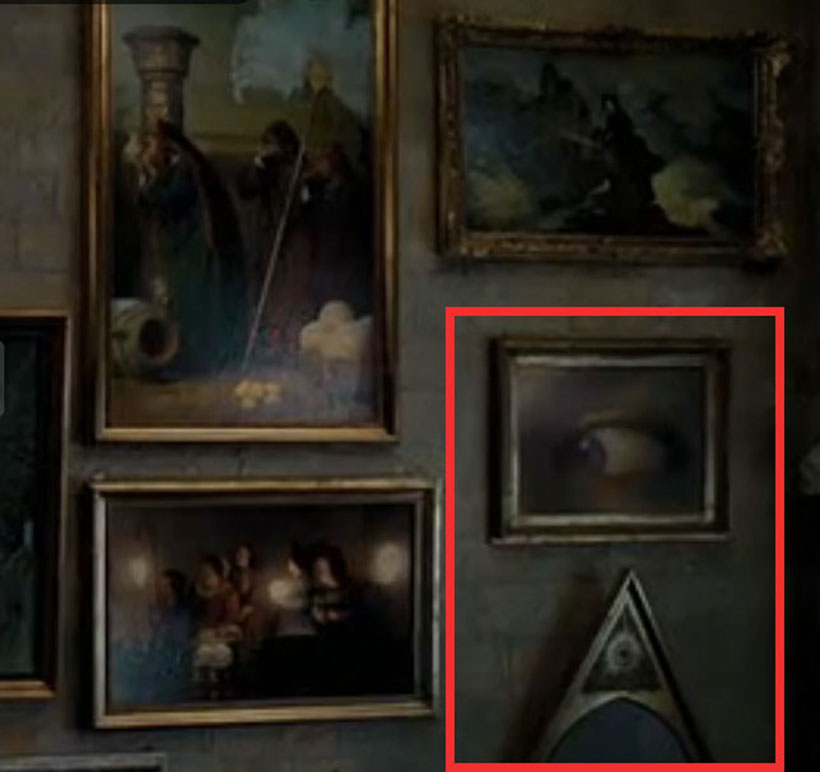 All-Seeing Eye and pyramid hidden among the many framed paintings which adorn the walls of Hogwarts School of Magic.

A triangle with a circle in it is used as the Sign of the Deathly Hallows in the Harry Potter universe. 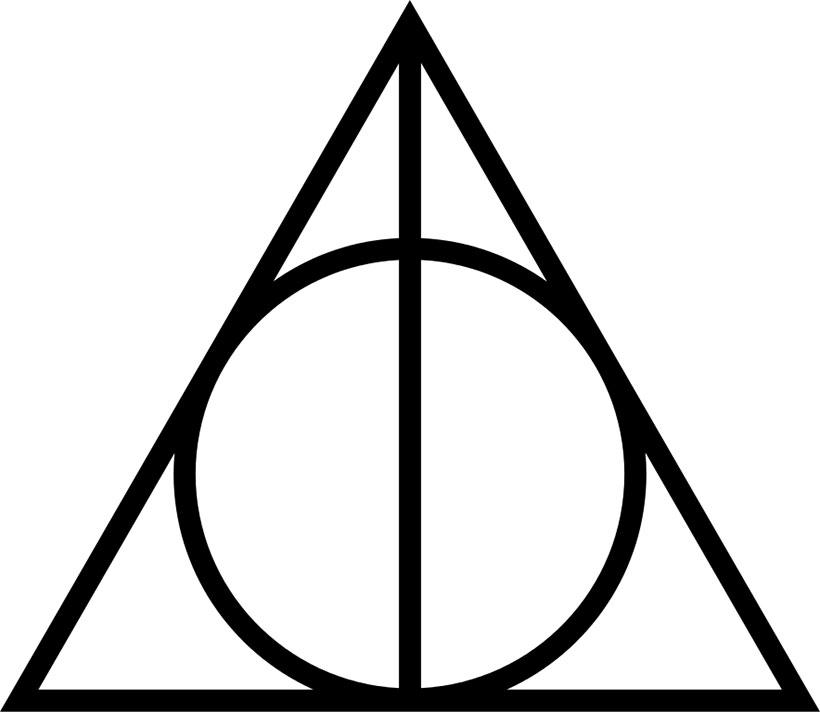 “The Sign of the Deathly Hallows is a triangular mark used as a representation of the Deathly Hallows, three legendary objects that allegedly, if united, would make one the “Master of Death”. The sign is actually composed of three separate marks that, united, make up the sign. The Elder Wand is represented by the straight vertical line, the Resurrection Stone by the circle surrounding it, and finally a triangle enclosing them both to represent the Cloak of Invisibility.” 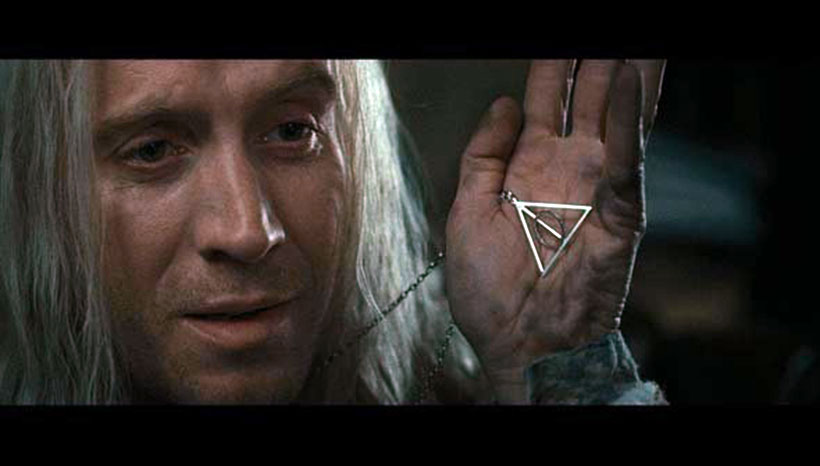 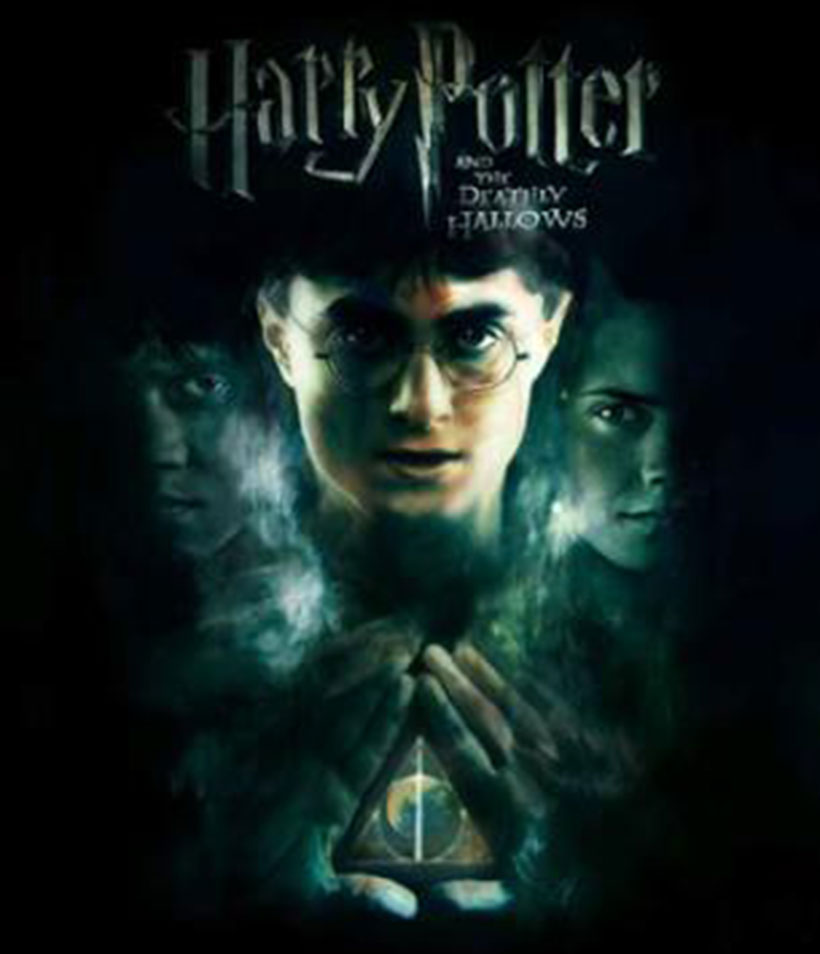 Promotional poster for Harry Potter and the Deathly Hallows

In the same line as the pornographic images inserted by prankster animators in Disney’s The Rescuers, I consider this one too coincidental not to to be deliberate. During the end credit for the 3rd Harry Potter film, Harry Potter and the Prisoner of Azkaban, footsteps are drawn walking around on the Marauder’s Map. At one point two sets of footprints appear to be having sex missionary style in the bottom right corner of the map.

Appearance of the word ‘sex’ in Harry Potter Films

I’ve included only the most easily recognize subliminal here on this page, but others have been able to spot way more. I’m personally not able to see most of these, but have a go. (running time: 7 minutes)

Skulls and snakes are frequently seen in the Harry Potters series.

The series major villain, Voldemort keeps a pet snake and is able to communicate with them by using the snake’s language, Parseltongue. 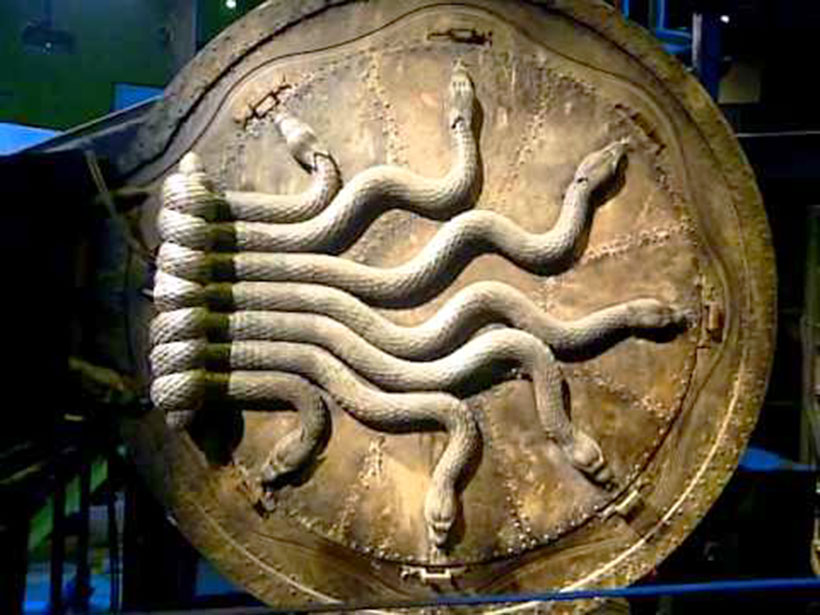 Wizards in the Harry Potter Universe are separated into four different competing houses at school. The emblem for Slytherin (slithering, get it?), the house from which most villains from the series emit from, features a serpent.

Voldemort forms a villainous secret society known as the Death Eaters who used a snake and skull symbol, the Dark Mark, as their emblem. Members of the Death Eaters’ inner circle a Dark Mark burned into their forearms which can be only revealed with magic. 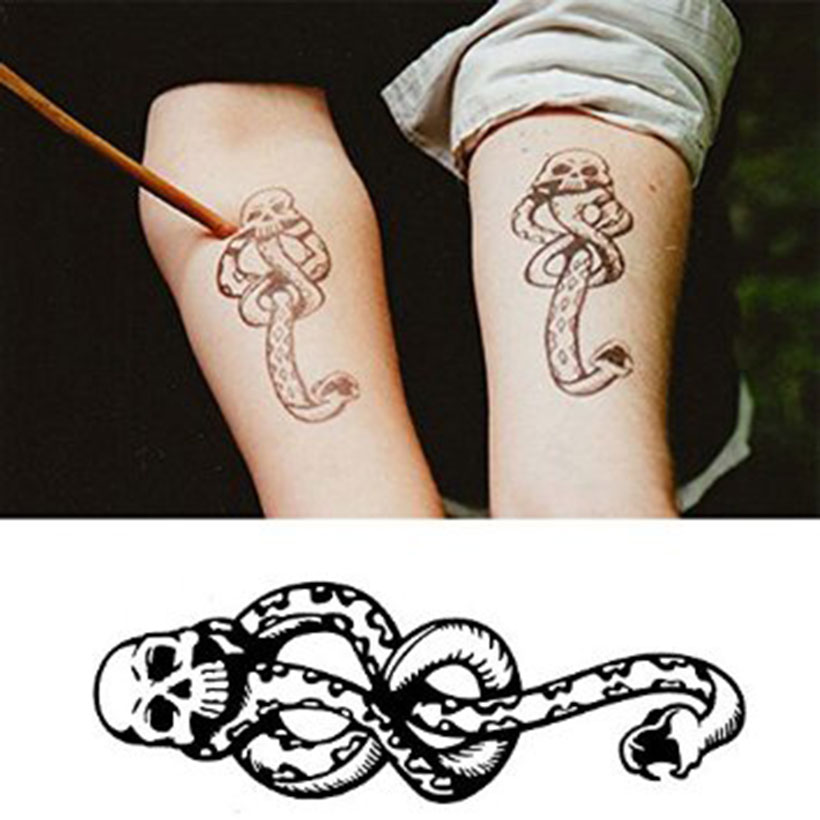 The Dark Mark is summoned after a Death Eater has murdered. The group is obsessed with ridding the world of non-wizards. 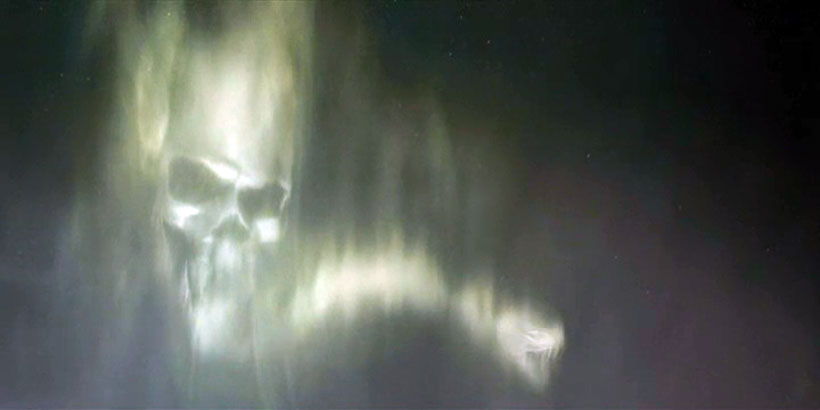 Harry Potter has a lighting bolt-shaped scar on his forehead as a result of a childhood encounter with his mortal enemy and major villain of the series, Voldemort.

In Illuminati symbology, the lightning bolt represents Satan falling down to from Heaven after being cast out. (Luke 18:10) 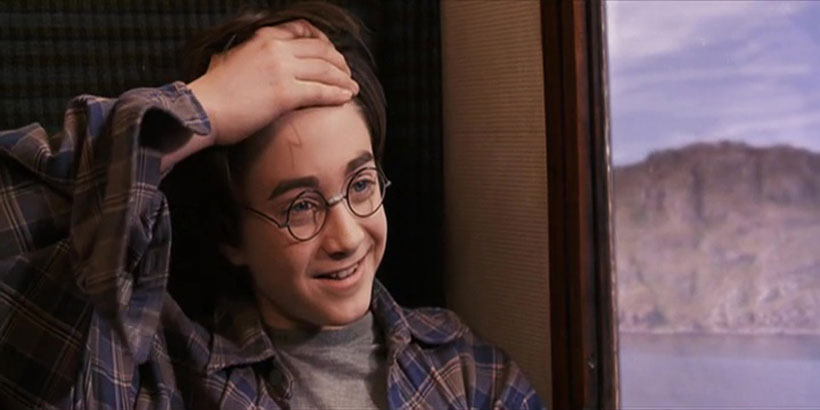