Is The
Matrix an
ILLUMINATI Movie?


Released at the tail end of the last millennium, the movie struck a chord with the conspiracy crowd because of its central message of waking up to the truth. We conspiracy theorists, generally see ourselves as the few awakened souls amongst a crowd of mindless zombies.

The central concept of the Matrix resonates strongly with the conspiratorial crowd – We live in an artificial world created to imprison our minds. The prison analogy has resonated throughout the community ever since. One of the largest source of alternative information on the web is Alex Jones’ PrisonPlanet.

The audience immediately identifies with Neo, the central character, who is stuck in a dead end job not even pretending to be doing anything anymore. Neo spends his whole nights searching for the truth, searching for Morpheus and the “Matrix”. 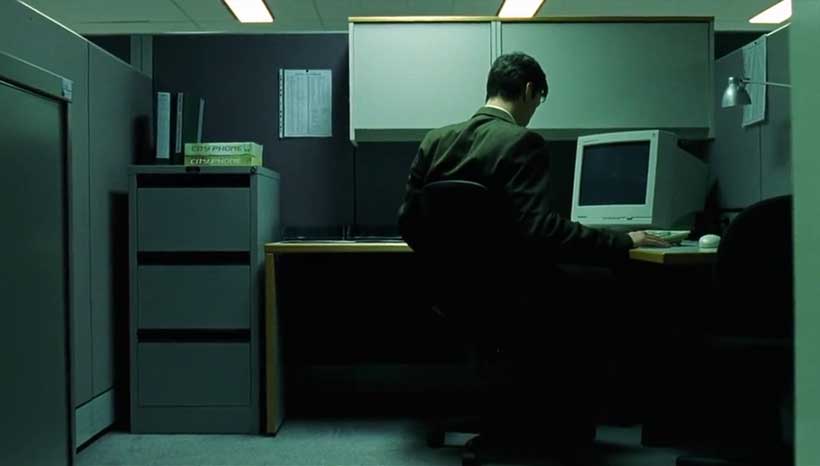 Neo search finally bares fruit when a hacker known as Trinity contacts him and tells him to follow the white rabbit, another reference to Alice in Wonderland/Through the Looking-glass.

This leads him to a club where he meets Trinity who is very vague about the whole Matrix thingy making the whole meeting pointless.It did allow for evil agents to capture him the next day which in turn gave her an opportunity to rescue him.

The rescue team finally takes him to Morpheus. There, Neo is given the choice between the red pill and the blue pill. If Neo takes the red pill, Morpheus will reveal the truth to him, while the blue pill will take Neo back home as if nothing had happened.

This powerful scene has become famous in conspiracy discussion boards and social media. Whenever someone chooses not to listen to whatever spill someone is spilling, s/he is accused of having taken the blue pill:

MORPHEUS
The Matrix is everywhere, it’s all around us, here even in this room. You can see it out your window or on your television. You feel it when you go to work, or go to church or pay your taxes. It is the world that has been pulled over your eyes to blind you from the truth.

MORPHEUS
That you are a slave, Neo. Like everyone else, you were born into bondage, kept inside a prison that you cannot smell, taste, or touch. A prison for your mind.

The LEATHER CREAKS as he leans back.

MORPHEUS
Unfortunately, no one can be told what the Matrix is. You have to see it for yourself.

Morpheus opens his hands. In the right is a red pill. In the left, a blue pill.

MORPHEUS
This is your last chance. After this, there is no going back. You take the blue pill and the story ends. You wake in your bed and you believe whatever you want to believe.

The pills in his open hands are reflected in the glasses.

MORPHEUS
You take the red pill and you stay in Wonderland and I show you how deep the rabbit-hole goes.

Neo feels the smooth skin of the capsules, the moisture growing in his palms.

MORPHEUS
Remember that all I am offering is the truth. Nothing more.

Neo opens his mouth and swallows the red pill. The Cheshire smile returns.

Neo takes the red pill obviously. If he hadn’t, the movie would have been significantly more boring and there wouldn’t be much point in watching it. No bullet dodging or cool 3-point landings.

He then learns the tough truth.

On it’s own, this would probably deter anyone from watching this movie…, but have no fear, its all analogical. Meaning, we basically power the elite extravagant lifestyles. Also, it explain why Snitch called Neo a coppertop on the car ride over:

SWITCH
Listen to me, coppertop! We don’t
have time for ‘twenty questions.’
Right now there is only one rule.
Our way or the highway.

Ha, ok now I get what you did there Snitch. Clever.

Skipping ahead, Neo eventually proves he’s the One and capable of defeating the Matrix. The Climax is awesome and shows what an an awakened mind is capable of. It shows how we are able to resist and fight back.

Overall the Wachowskis’ The Matrix film carries a powerful anti-Illuminati message. We are many, they are few. If we awaken, we can defeat our Masters. However, the sequels fail to measure up to the original with weird Christ parallels and an ambiguous ending which leaves you wondering who won.

Illuminati symbols in The Matrix:

Morpheus in the “As Above, So Below” pose. Morpheus is named after the Roman god of dream, from which the word Morphine is derived,. while Neo means “new”. 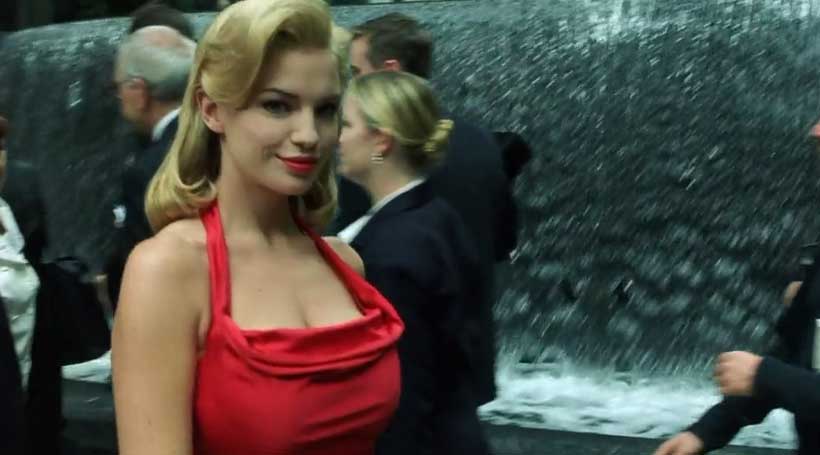 Morpheus doing a reversed pyramid, the sign is also used by Chancellor of Germany Angela Merkel.

The Architect as a reference to the Great Architect of the Universe, a Masonic catch-all deity. 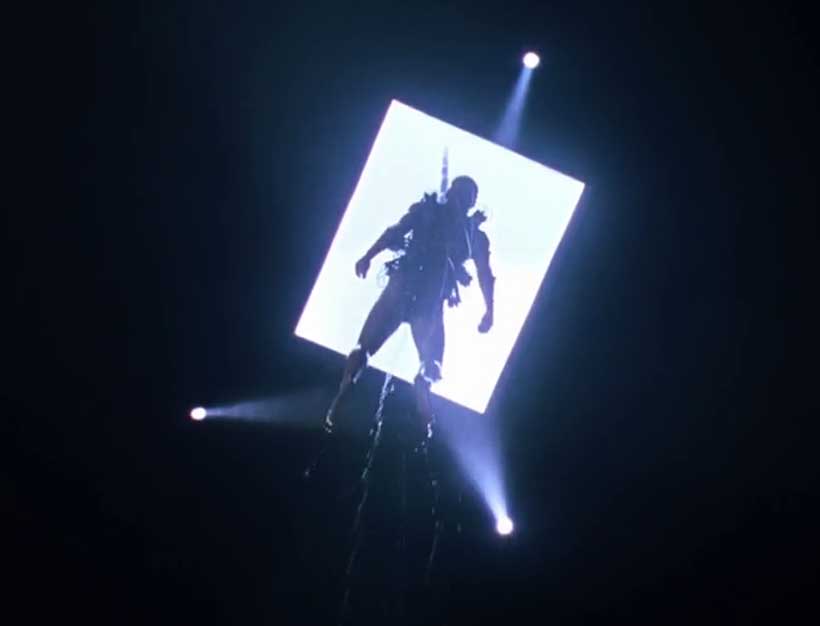 Throught the looking glass with an uncapped pyramid to boot!

Checkerboard floors are present in all Masonic Lodges.

Neo’s passport expires on 9/11. Some see this as foreknowledge by the filmmakers and a possible example of predictive programming.

The video examines the symbolism is The Matrix such as sun worship symbolism and reference to pyramids. In my opinion, a lot of these are dubious. The ties to the number 33, red heart and solar crosses are also tenuous.

It also claims that KEYnu was chosen for the role so that the producer could insert “key” symbolism, but this ignores the fact that Nicolas Cage, Will Smith, Brad Pitt and Val Kilmer all turned down the part. Nevertheless, most of the symbols I pointed above are covered in the video.