The X-Files and the Syndicate

Part of the X-Files mytharc is the ongoing bargaining of a secretive group known as the Syndicate which secretly make a pact with aliens in order to save themselves from an alien invasion. This rings true with UFO believers because if an alien race had made contact with Earth, the Illuminati, as the all-powerful group in charge of the planet, would be the ones handling negotiations with a new species. 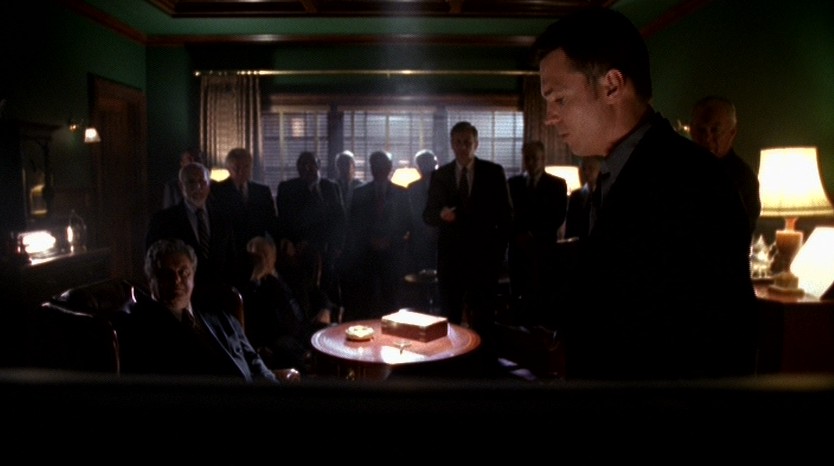 The Syndicate meeting in the proverbial smoke-filled room. Cancer Man is in charge of providing the correct amount of smoke and of dimming the lights just so…

David Ickes popular book series, beginning with The Biggest Secret, features the Illuminati working directly with a Reptilian alien race to achieve its end. According to Ickes’ theory, most world leaders have alien blood (blue blood), and metamorphose into their original Reptilian shapes when ingesting human blood.

The group known as Majestic 12, often makes an appearance in UFO lore. The secretive group has much in common with the Illuminati, and the Syndicate as depicted on the X-Files.

The Syndicate appears in the following episodes: